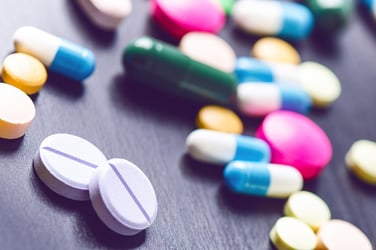 Effective January 1, 2017, claims for discarded drugs or biologicals amount not administered to any patient shall be submitted using the JW modifier. Also, effective January 1, 2017, providers must document the discarded drugs and biologicals in the patient's medical record. CMS has identified the drugs falling under these requirements as those drugs listed with a status indicator of G or K per addendum B for OPPS.

Billing Example Using JW Modifier
A single use vial that is labeled to contain 100 units of a drug has 95 units administered to the patient and 5 units discarded. The 95 unit dose is billed on one line, while the discarded 5 units may be billed on another line with the JW modifier. Both line items would be processed for payment.

Billing Example Without Use of JW Modifier
One billing unit for a drug is equal to 10mg of the drug in a single use vial. A 7mg dose is administered to a patient while 3mg of the remaining drug is discarded. The 7mg dose is billed using one billing unit that represents 10mg on a single line item. The single line item of 1 unit would be processed for payment of the total 10mg of drug administered and discarded. Billing another unit on a separate line item with the JW modifier for the discarded 3 mg of drug is not permitted because it would result in overpayment. Therefore, when the billing unit is equal to or greater than the total actual dose and the amount discarded, the use of the JW modifier is not permitted.

efficientC will be able to identify claims with charges affected by this rule if you would like to flag them for review during the transition.  If you need assistance with implementing this change, please contact the efficientC support team. 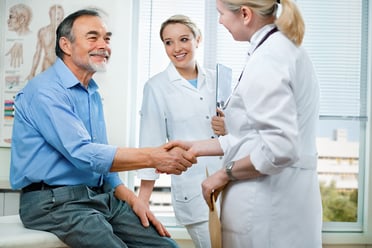 New PN modifier for provider based billing under OPPS – Does this affect you?

Under Section 603, effective January 1, 2017, most hospital off-campus provider-based departments (off-campus PBDs) that began furnishing services on or after November 2, 2015, (date of enactment of Section 603) will no longer be eligible to be paid under OPPS. How and how much they would be paid, and what other rules would apply to these entities and grandfathered facilities were left to CMS to determine. This much-anticipated Final Rule provides more clarity but also leaves some critical questions unresolved.  If your facility is no longer eligible, you should be reporting the PN modifier along with the PO modifier.  If you need assistance with implementing this change, please contact the efficientC support team.

Get Updates from OS inc.